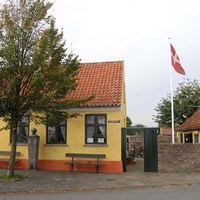 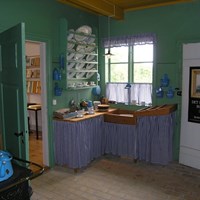 In 1880, Martin Andersen Nexø’s father had purchased a building plot from the local authority in Nexø – located in the southern part of the town. He built a house here that the family moved into in 1882. Although Martin Andersen Nexø only lived in the house for three years – from 1882 to 1884 – the house at Ferskesøstræde 36 was his childhood home.

The house became a listed building in 1993 and since the summer of 1990, it has been a memorial for the writer. The Memorial comprises a collection of portrait paintings and photographs of the author’s life and work. Moreover, photos from film adaptations, personal effects related to Martin Andersen Nexø, and furniture from the period 1880-1900 are displayed.

The collection includes hundreds of photocopies of the writer’s handwritten letters, short stories, articles, as well as a large selection of the writer’s books, translated into 44 languages and with more than 10 million copies sold. A bust of Martin Andersen Nexø – made by Harald Isenstein – was erected in front of the house.

In his memoirs, Martin Andersen Nexø himself recounts how the house was created. The following took place in 1881: Father turned over a new leaf; he began to take interest in our worries and take care of us. He carved us a toboggan and bought an old pair of boys’ boots from the second-hand dealer’s and repaired them so that Georg and I could take turns skating. So, it was rather good that the ice didn’t take him with it when it cracked open one night.

Once, he trotted off, looking secretive; it was clear that he had a delightful surprise in store for us. And one evening, as we sat down to dinner, he threw a piece of paper on the table for Mother; it was a document: he had bought a plot of land from the local authority out near Færskesjø. Ah, then we would also have our own house, just like other people! “You could have talked about that,” Mother said reproachfully. But Father wasn’t in the habit of asking others for advice.

As soon as the frost had gone from the ground, Father began digging out the soil; Georg and I helped, and we never worked with such zest, we laughed and fooled around. Father was happy too; he didn’t laugh, but he was known for his eagerness. He often skipped work at the quarry to be able to work on the plot of land, and every holiday was used up; he compensated for it on the days he was at the quarry by working with lighting when it got dark. They were long days for him, and when he went to bed, I could hear his limbs cracking, he was so stiff. We broke up stones on the beach for the foundation and for the fence around the property. It had to be strong, and Father dug all the way down to the rock so the house stood on solid ground. When Mother came out with coffee for us, her whole face was beaming, and she looked at Father lovingly. “It’s really thorough, like everything Hans Jørgen Andersen does,” she said. Whenever she was really proud of Father, she always called him by his full name. Martin Andersen Nexø’s memories from Under åben himmel (Under the Open Sky). Excerpt from chapter XI. 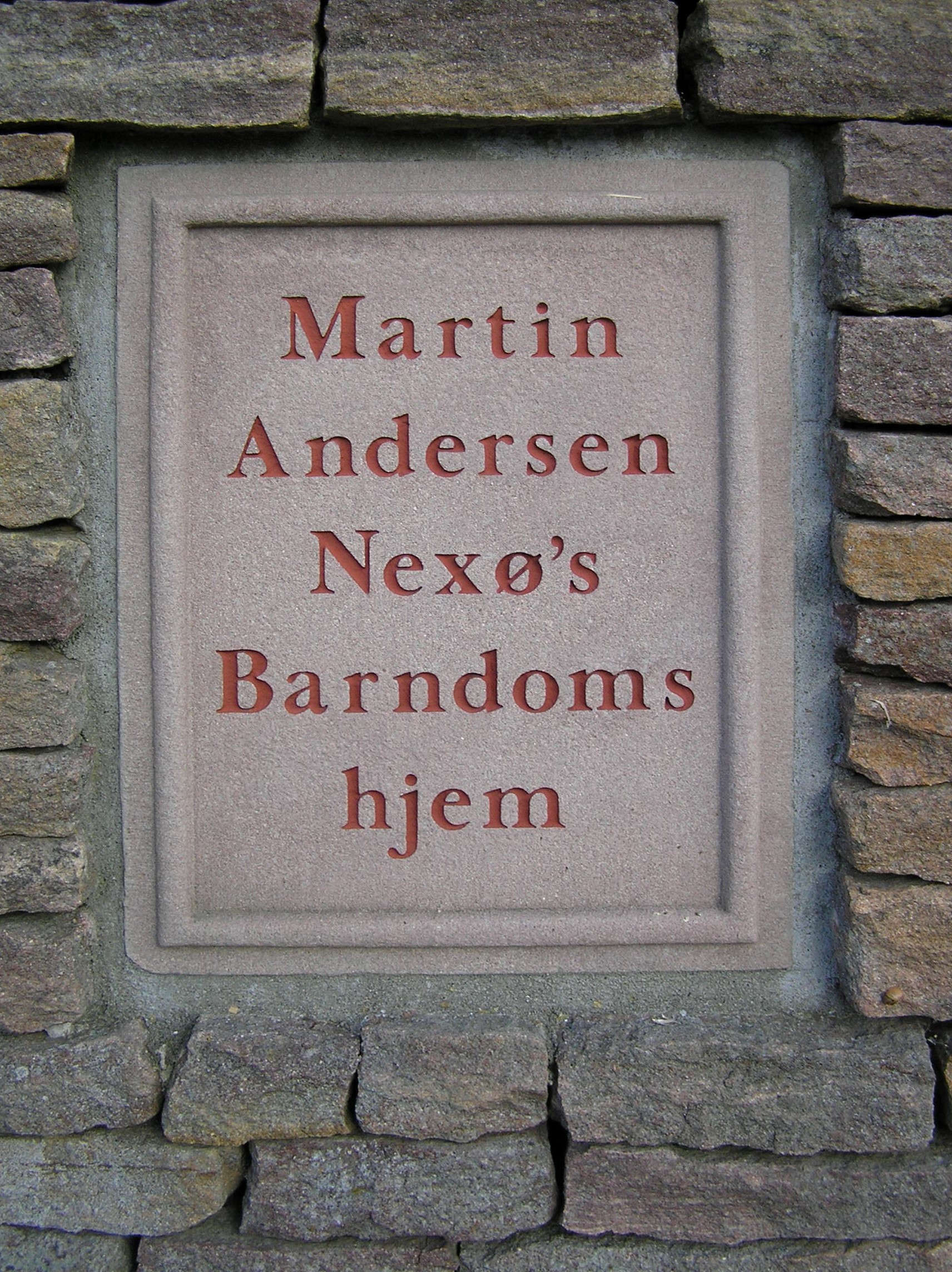 The commemorative plaque that Nexø Town Council had installed in 1967 on the sandstone fence at Martin Andersen Nexø’s childhood home. The plaque is made of Nexø sandstone from Frederik’s Quarry.